Allowed to play are those, who are provide a permission to play for their participating club, community or representative team, according to the regulations of their home association and the FIFA. The player passport and personal documentation (date of birth) must be brought and must be available upon request.

The expected playing time for all matches is 2 x 20 minutes. At halftime there is a short drinking break and both teams switch sides. Coaching in the break is not allowed.

If no winner has been determined in the knockout matches (e.g. round of last 16) after the regular playing time, the winner shall be determined by a penalty shoot-out without extra time. First, three penalty takers per team compete against each other. If no winner is determined after every penalties, another penalty is taken per team until one clear winner is determined. All players are eligible as penalty takers, whether they are on the pitch at the end of the match or are substitutes on the bench. No player can take two penalties until all his team-mates have had a penalty each.

If a team is late (5 minutes after the official start of the match) or does not compete, the match is considered a 0:2 loss and is won by the opponent by 2:0. In the case of late arrival through no fault of their own, the tournament committee will decide whether the match should be rescheduled. If a team aborts a game, the game is also considered a 0:2 loss and won 2:0 by the opponent. This also applies to gross unsportsmanship outside of the pitch. In this case, the tournament committee has the right to exclude the team from the rest of the tournament.

If matches are cancelled due to weather conditions and cannot be caught up on the scheduled days of the tournament for scheduling reasons, the results of these matches will be drawn randomly (2:0 or 0:2). This only applies in case of a tournament interruption, not for a tournament cancellation.

Players are only allowed to play for one team. If a club takes part with several teams, the players must be assigned to one specific team. Exceptions to this rule (e.g. due to injuries) must be approved by the tournament committee.


Number of players & size of pitches

The first-mentioned team takes the kick-off. The second team has the right to choose the side of the pitch. The Kick-off has to be conducted by one player only and can be played backwards with the first ball contact.

The referee has the right to hand out the following fines as a result of foul play, unsportsmanlike conduct or other unlawful offences:
- 5-mins-time-penalty (yellow card)
- sending-off (red card)
- a time-penalty will be assigned by the yellow card.

LAOLA Cup calls upon all teams to behave fairly and considerately towards the other teams as well as towards the referees and their decisions.

In the event of two teams wearing the same shirt colour, the first-mentioned team has to wear appropriate spare jerseys or shirts handed out by the tournament committee. The players have to bring shoes for grass pitches and artificial pitches to tournament.

It is forbidden to wear football shoes with corny studs (cleats) on artificial pitches. You may either wear round studs (cleats) or astro (multi). In case of a violation the tournament committee and the referee are in power to exclude the concerned player from the match.
It is obligatory to wear shin pads to prevent injuries.

By taking part in the LAOLA Cup all clubs acknowledge the rules. Any infringement can result in an exclusion from the tournament. All clubs are responsible for their own clothing and items. The organizer refuses any liability for possible losses or damage of items brought to the tournament. If you have any further questions, please contact the tournament committee.

An objection has to be voiced within 15 minutes after the match finished to the tournament committee. Consequences of the appeal are up to the tournament committee. The committee does not accept appeals concerning the decisions of the referees.
Elbphilharmonie
Jungfernstieg
Reeperbahn
Within a very short time, the Elbphilharmonie has become Hamburg's most popular building and landmark. People from all over the world come to Hamburg and visit the impressive building directly next to the river Elbe.
The historic Jungfernstieg is the centre of Hamburg's city. Here you will find one shop after the other and you will have a fantastic view over the Binnenalster (Inner Alster).
Probably one of the most famous streets in the world. The Reeperbahn offers a lot of possibilities to party with the team (just for the older age groups).
Speicherstadt
Zoo Hagenbeck
Hamburger Dom
This historic place used to be the transshipment point for goods of all kinds. Today it is a very exciting district with many special buildings and popular leisure activities like the Hamburg Dungeon and the Miniature Wonderland.
The Hagenbeck zoo is not far from the tournament grounds. Animals from all over the world can be seen here. From monkeys to elephants to lions - every animal is waiting for you!
The Hamburger Dom is nearly a permanent institution in Hamburg. 3 times a year it is set up to bring joy to thousands of people. During the tournament you will have the opportunity to get an adrenaline kick.

Safe a slot in your age group and ask for more details
and prices by clicking the button below.
Ensure your participation now! 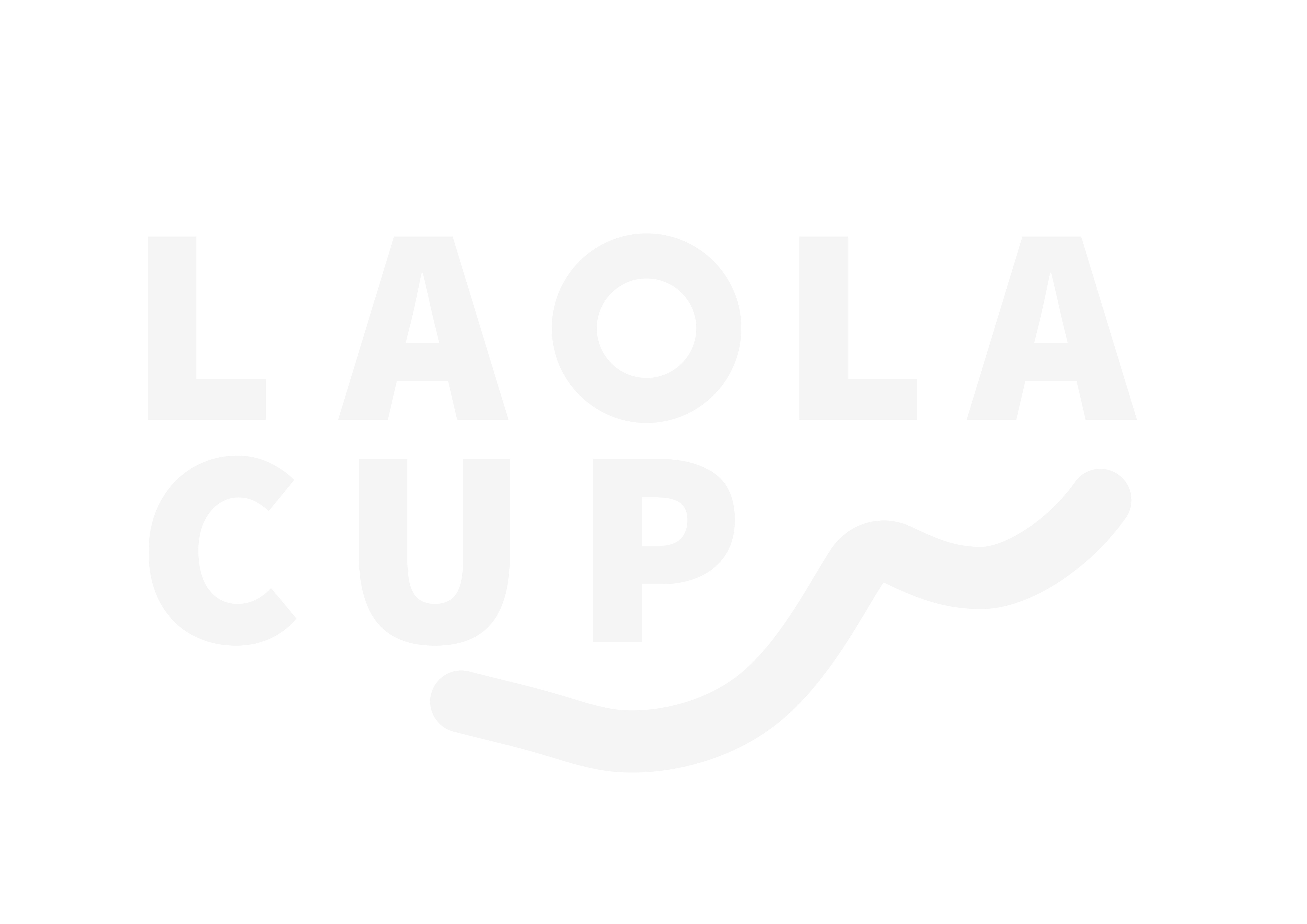 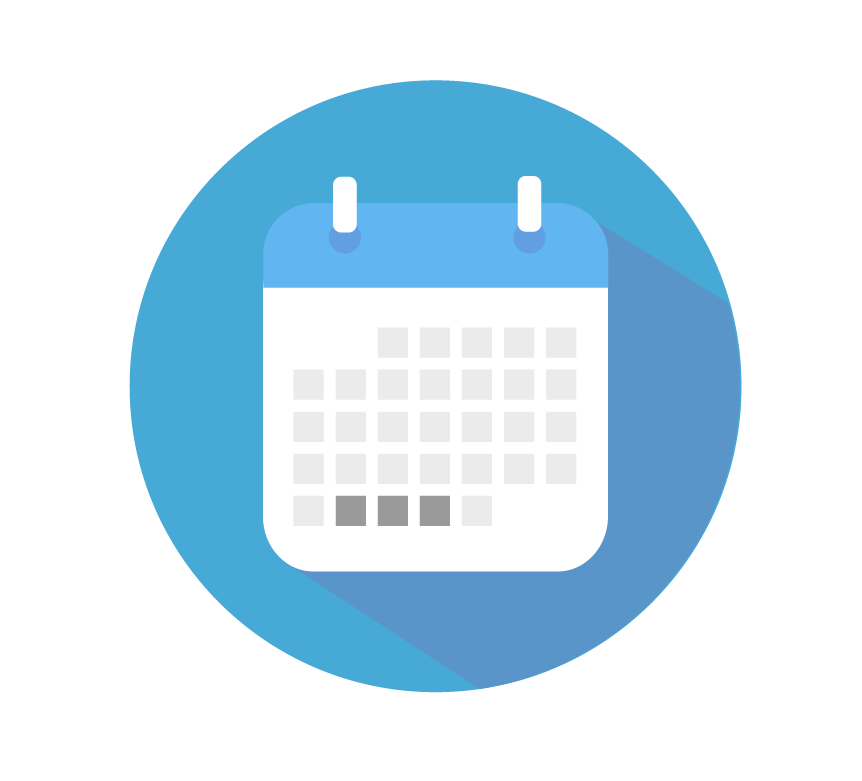 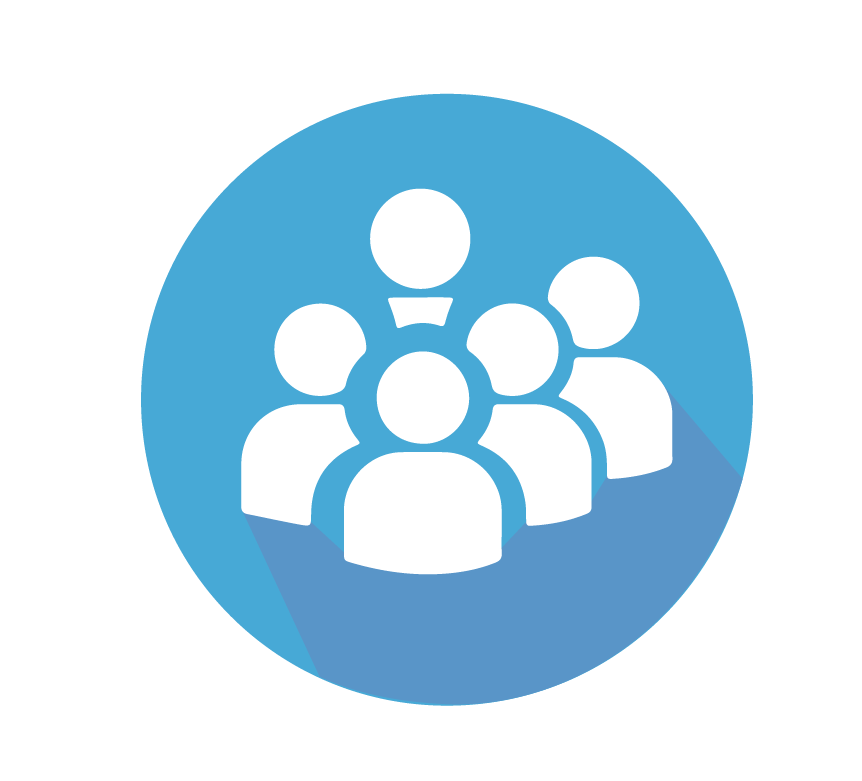 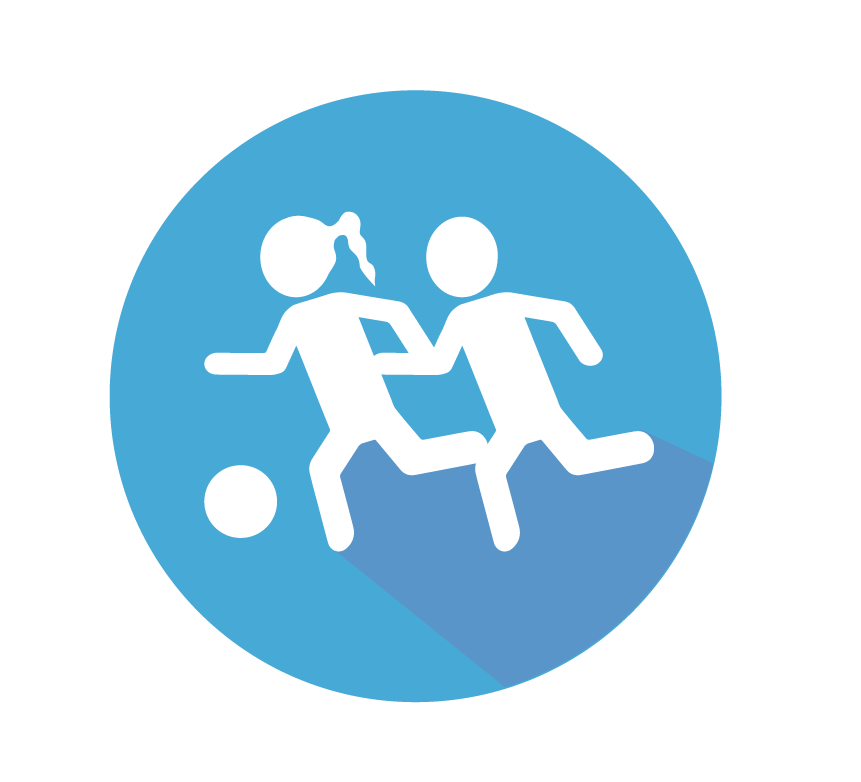 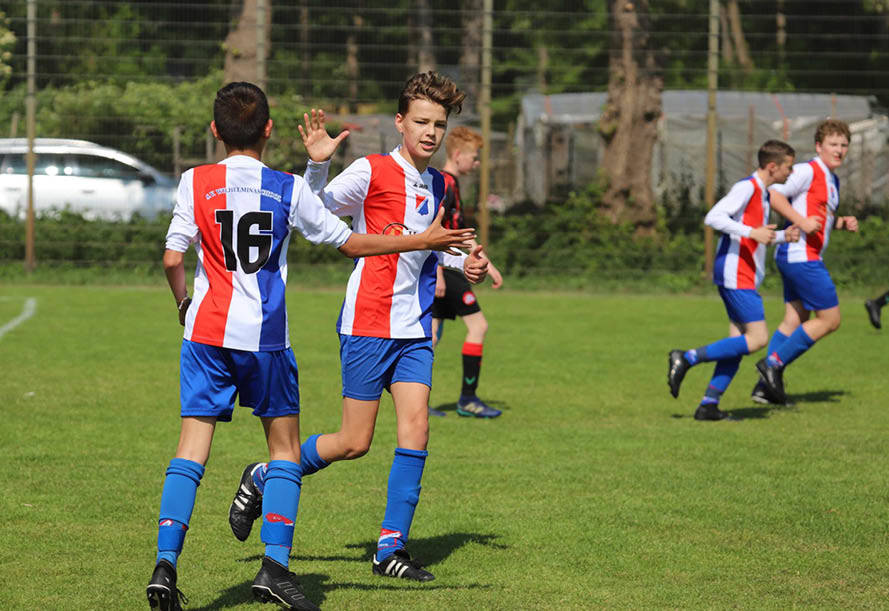 Schedule
You can look forward to five days of the LAOLA Cup: three days of matches, an exciting supporting programme and free time to explore Hamburg. You won't get bored here!
read more 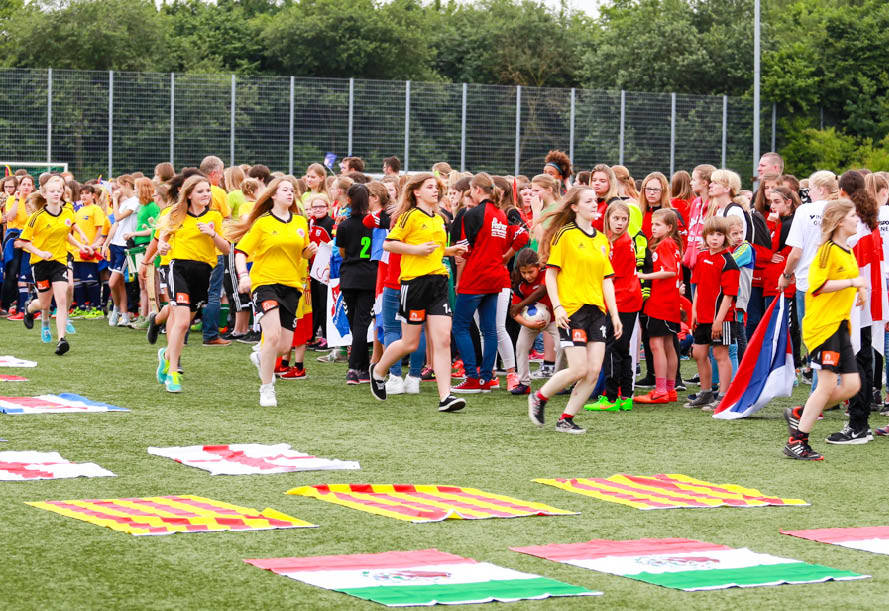 The experience
The world meets up in Hamburg! More than 200 teams travel to the beautiful city of Hamburg and play on a stunning venue to win the LAOLA Cup 2020.
read more 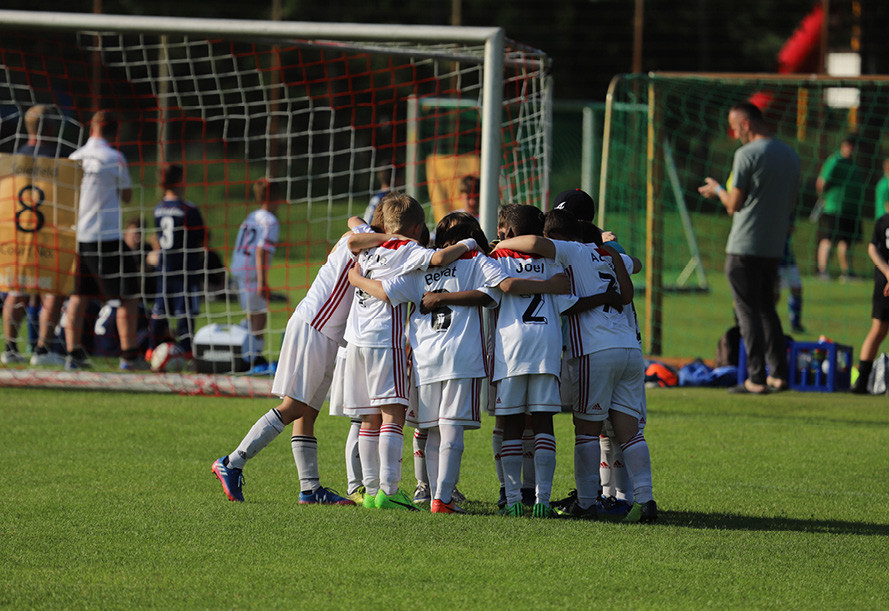 Age groups
Here you can find the age groups for the Laola Cup, there are five age groups for the girls and five for the boys. Hopefully there is also an age group for you there!
read more
Chat öffnen
1
Brauchst du Hilfe?
Hey 👋
Hast du Fragen zum LAOLA-Cup?
Schreib uns gerne einfach eine Whatsapp.